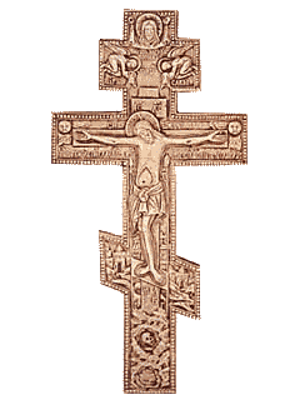 Archpriest John Kuchta, 91, fell asleep in the Lord on Saturday, December 28, surrounded by family at the Joliet Area Community Hospice in Joliet, IL.

Born on September 14, 1928, he grew up in McKeesport, PA, attending grade and high schools there. He then attended St. Tikhon Seminary. After successfully completing seminary studies, he attended Davis and Elkins College in Elkins, WV, earning a BA with a major in History. In September of 1955 he married the former Ruth Papinchak at St. Alexander Nevsky Parish in Pittsburgh, PA. He was ordained to the Diaconate and Holy Priesthood by Metropolitan Leonty at Holy Virgin Protection Cathedral in New York, NY in July of 1956. Fr. John and Matushka Ruth took their first and only parish assignment at St. Nicholas Church in Joliet, IL, arriving on August 1, 1956. He served the people of St. Nicholas faithfully for 56 years, teaching and receiving catechumens, baptizing, marrying, and burying two generations of parishioners.

In addition to his pastoral work at St. Nicholas, Fr. John served on the Diocesan Council of the Diocese of the Midwest and the Metropolitan Council of the Orthodox Church in America. He also served as the Dean of the Chicago Deanery. A proponent of Orthodox Christian unity, he was a long time Treasurer of the Orthodox Christian Clergy Association of Greater Chicago and was among its first members. He was also active in the Ecumenical Association of Joliet.

Fr. John was preceded in death by his wife, Matushka Ruth in March of 2012.

Visitation will begin at St. Nicholas Church, 1000 Barber Lane, at 3:00p.m. on Friday, January 3, 2020. The Funeral for a Priest will be celebrated that evening at 6:30p.m. On Saturday, January 4, the Divine Liturgy will be celebrated at St. Nicholas Church at 10:00 a.m. Interment will take place immediately after services at Woodlawn Cemetery in Joliet.

Donations in Fr. John’s name may be made to St. Nicholas Orthodox Church, to the Joliet Area

Community Hospice or to the Father John Kuchta Scholarship at St. Tikhon Seminary.

May Fr. John’s memory be eternal.