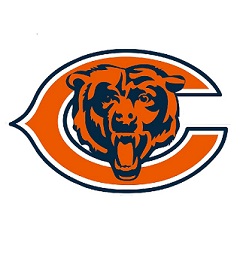 Age 93 of Joliet, passed away on Monday, December 27, 2021 at Lightways Hospice in Joliet.

Born October 15, 1928 in Mark, Illinois, Tom was a son of Alessandro and Catterina Tomasino. Tom was a longtime resident of Joliet and spent his career as a carpenter foreman. He was employed by Arbanas Construction and then Johnston Construction until retiring at the age of 60 in 1988. Tom was a skilled woodworker and an avid Chicago Bears fan. His greatest joys were spent watching his grandchildren playing sports. He will be deeply missed by all who knew him.

He is preceded in death by his parents: Alessandro and Catterina; siblings: Joseph, Dominic, Rose, Lucille and Jennie, and mother and father-in-law: Edward and Alice Birsa.

Family will receive relatives and friends for a visitation on Thursday, December 30, 2021 from 8:30 a.m. until time of closing prayers at 10:30 a.m. at Tezak Funeral Home, 1211 Plainfield Road in Joliet. The funeral will then drive in procession to St. Joseph Catholic Church, 1329 Belleview Avenue in Rockdale for a Requiem Mass beginning at 11:00 a.m. Interment will follow and Tom will be laid to rest at Resurrection Catholic Cemetery in Romeoville.

Masks are to be worn during all aspects of services.

In lieu of flowers, memorial contributions may be made as gifts in memory of Tom to the Rockdale St. Joseph Catholic Church’s Building Fund.