Share a memory
Obituary & Services
Tribute Wall
Read more about the life story of Charlotte and share your memory.

Age 86 of Joliet, passed away peacefully on Friday, January 20, 2023 at Ascension South Suburban Hospital in Hazel Crest with her family by her side.

Born December 27, 1936 in Joliet, Charlotte was a daughter of Charles and Anna (Surinak) Gecan. She was raised and educated in Joliet and graduated from Joliet Township High School with the class of 1954. Charlotte began her career in the travel industry. She started with Delta Airlines and then transitioned to United Airlines where she met her future husband, John Brown. On July 14, 1962 Charlotte and John were married and together they made a home and raised their family. After John passed away in 1978, Charlotte worked as a travel agent for many years and in doing so afforded her the opportunity to travel through Mexico, Europe and the Hawaiian Islands, as well as go on several cruises. Following her experiences in the travel industry, Charlotte worked in group sales and marketing for a number of years at Empress Casino where she would go on to earn the first ever Employee of the Year award.

Aside from Charlotte’s busy work life and home life, she was a devout Catholic and longtime parishioner of St. Mary Nativity Catholic Church in Joliet. She was active in numerous groups including the Stephenson County Antique Engine Club, 4-H in Stephenson County, the Croatian Cultural Club in Joliet, and numerous extension gardening workshops. Her most treasured times were always spent with her family, especially her grandchildren. She will be deeply missed by all who knew her.

She is preceded in death by her husband: John Brown; parents: Charles and Anna; brothers: Aloysius (Ina) Getson and Joseph (Sue) Gecan, and sister and brother-in-law: Cecilia and Joseph Wolf.

Family will receive relatives and friends for a visitation on Saturday, January 28, 2023 from 11:00 a.m. until time of funeral service beginning at 12:00 p.m. at Tezak Funeral Home, 1211 Plainfield Road in Joliet. A private interment will be held at a later date and Charlotte will be laid to rest with her husband John at St. Mary Nativity Catholic Cemetery in Crest Hill. 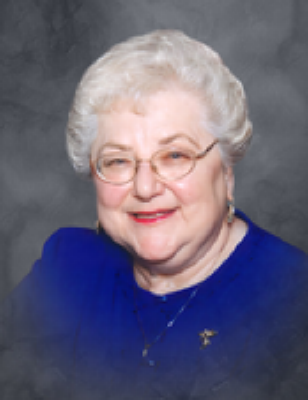