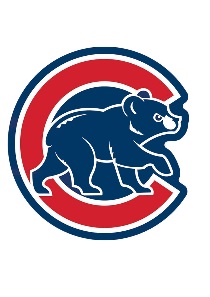 Age 63 of Shorewood, passed away on Wednesday, August 18, 2021 at Edward Hospital in Naperville.

Born July 14, 1958, Paul was the son of William and Viola (Porreca) Bonfiglio. He was raised and educated in Berwyn and graduated from Morton West High School with the class of 1977. Following graduation, Paul got a job with Tukaiz Lithography which in return, became his career, dedicating 40 years of loyalty to the company until retiring. He was a family man first and foremost, whether he was coaching various softball teams that his daughters played on or doing weight training with his son Paul, he was always there for his family. It is also necessary to mention that Paul was a die-hard Chicago Cubs and Chicago Bears fan and loved getting together with friends to watch the game. He also loved listening to music, especially Elvis Presley. Paul will be deeply missed by all who knew him.

He was preceded in death by his parents: William and Viola, and mother and father-in-law: Zigmund and Albina Wisniewski.

Per Paul’s wishes, cremation rites will be accorded following the visitation.

A celebration of Paul’s life will continue on Wednesday, August 25, 2021 with a memorial visitation from 9:00 a.m. until time of closing prayers beginning at 10:00 a.m. in the funeral home chapel. The funeral with then process together to St. Mary Immaculate Parish, 15629 Illinois Rte 59 in Plainfield for a Mass of Christian Burial beginning at 10:30 a.m. Interment will follow and Paul will be laid to rest at Queen of Heaven Catholic Cemetery in Hillside, Illinois.

In lieu of flowers, memorial contributions may be made as gifts in Paul’s memory to the Anthony Rizzo Family Foundation.

Video is available for this event