Share a memory
Obituary & Services
Tribute Wall
Read more about the life story of Richard and share your memory.

On Friday January 20th 2023, Richard J. Danca “Rich,” a beloved husband and father, unexpectedly passed away. He was seventy-six. The family is deeply saddened by his death.

Rich was born December 1, 1946 in Chicago, Illinois to his parents Anthony and Lucille Danca. He was raised in Lasalle-Peru, Illinois with his sisters Jackie and Sandy. He studied English at Northern Illinois University where he also competed on the men’s diving team. Following college, he went on to join the United States Navy where he served as a respiratory therapist for 4 years. It was during his years in the Navy he met the love of his life, Lucy, and would go on to marry her in 1975. He continued his professional career as a successful salesman for forty-eight years. He shared deeply personal connections with his customers and cared for them always.

Rich was an avid sports fan and could often be found watching his favorite Chicago teams. He was very involved with his children’s sports careers and was always teaching them new skills for the sport while sometimes coaching their teams. Rich also loved interacting with other individuals, and letting his charismatic and playful personality shine through in all settings and situations. He loved making friends wherever he went. Anyone who knew Rich knew they were in for a good time whenever he was in attendance. He was typically seen making others laugh and could always enhance an event.

While mainly a social butterfly, Rich most deeply treasured spending time with his family. With his wife Lucy, Rich fathered five children and he could often be heard sharing his proud sentiments to whomever would listen. Rich was preceded in death by his parents, Anthony and Lucille Danca. He is survived by his wife, Lucy; their children, Nicole (Bobby), Tony (Amee), Angela (James), Kelsey (Michael), and Gina (Joshua). He is also survived by his sisters, Jackie (Jerry) Simpson and Sandy (Mark) Willis.  Rich was also proudly known as PeePaw or Papa to his grandchildren, with whom he loved spending time with and teaching new skills, Caleb, Hannah, Noah, and Brecken.

A celebration of Rich’s life will be held at Tezak’s Home to Celebrate Life (1211 Plainfield Road, Joliet, IL 60435). There will be a visitation held on Thursday January 26, 2023 from 2:00 p.m. to 7:00 p.m. The funeral services will be held on Friday, January 27, 2023 with a visitation beginning at 9:30 a.m. followed by a service at 10:30 a.m. Interment will follow at Abraham Lincoln National Cemetery in Elwood, Illinois at 12:00 p.m. Family and friends are invited to come and share their favorite memories and stories. 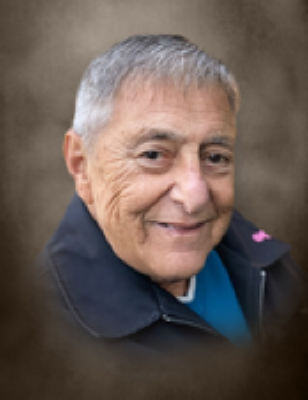