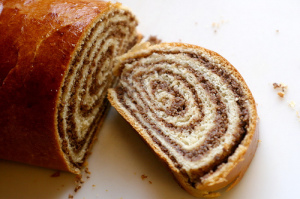 Theresa A. Esler (nee Dragovan), age 97, passed away peacefully at her home on Tuesday, May 11, 2021, which would have been her and her husband's 75th wedding anniversary.

Theresa was the daughter of the late John and Katherine (nee Videtich) Dragovan. She was raised and educated in Joliet and graduated from St. Francis Academy, class of 1941. She was a devoted Catholic and lifelong parishioner of St. Joseph Catholic Church in Joliet.

Theresa will be remembered for her generous spirit, her strength and perseverance, her love and devotion for her grandchildren and great-grandchildren, along with her baking and cooking skills, especially her potica, strudel, and Christmas treats. She was an avid Cubs and Bulls fan and rarely missed watching a game.

A very special thank you goes to the amazing staff at Lightways and Theresa's dedicated caregivers, Ellie, Fe, Pani, Blessie, and Elinita.